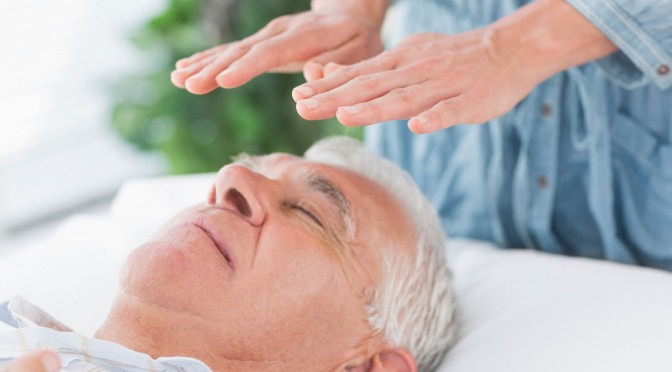 So-called “complementary and alternative medicine” (CAM or alt-med) is a nebulous collection of treatments that fall outside the realm of medicines and therapies scientifically proven to work. Though a $35 billion-a-year industry in the United States, complementary and alternative medicine consists of methods and substances that are at worst disproven, and at best unproven but unlikely to work. Efficacy and safety is the standard for medical science, and if “complementary” and “alternative” medical treatments were proven to work, and work safely, they would simply be called medicine.

Despite extensive serious concerns about training and ability all 50 states, to varying degrees, license CAM/Alt-med advocates to practice in their states—including the license to write prescriptions. Many leave certification up to private professional organizations run by CAM/alt-med practitioners themselves, with no genuine scientific oversight. The situation is only getting worse.

All the while, CAM/alt-med practitioners such as Staniszlaw Burzinski continue to peddle false and harmful treatments to the sick, dying, and desperate. Practitioners like these must be stopped.

The National Center for Complementary and Alternative Medicine

Since 1992, taxpayer money has funded the National Center for Complementary and Alternative Medicine (NCCAM), part of the National Institutes of Health, wielding a yearly budget approaching $130 million. Created with the vocal support of lawmakers such as Sen. Tom Harkin (D-IA), one purpose of the NCCAM was to determine whether any evidence exists to support the claims made for various alternative treatments. 20 years and nearly $2 billion later no evidence has been found to support the alternative medical treatments the NCCAM has studied. As a 2011 report by the Center for Inquiry made clear, even if the NCCAM may have served some purpose initially, there is no longer any reason for the NCCAM to exist. It now represents a massive misuse of scarce research dollars.

A full list of NCCAM clinical trials can be found here.

Alt-med lobbying groups such as the American Chiropractic Association, Integrative Healthcare Policy Consortium, and others have worked ceaselessly with their allies (such as Sen. Harkin) to win legislation friendly to the alternative medicine industry’s interests, and direct tax dollars (through NCCAM grants, Medicaid, Medicare, and the VA Health system) toward unproven and disproven alternative medical treatments.

During the debate and implementation of the Affordable Care Act (ACA), CAM lobbyists succeeded at inserting language (Section 2706) which requires CAM providers be covered by mandated health insurance plans, even though their treatments are not scientific, effective, and sometimes outright unsafe. Although there are questions about implementation, Section 2706 subverts the entire purpose of the ACA and should be repealed immediately.

Under the guise of “integrative medicine,” alternative medicine has made inroads at hospitals, clinics, and even medical schools nationwide, including some of the most reputable. These therapies piggy-back on actual medicine, hiding their failure behind scientifically-proven medical treatments. As elsewhere, even in a hospital setting alternative medicine wastes time, money, and can lead to increased suffering and trauma for patients.

Homeopathic, herbal, and other alternative medicines litter retailers nationwide, often found on shelves directly alongside or interspersed with actual medicine. This presents a confusing situation for sick and desperate customers, some of whom may not be able to afford real medicine or medical treatment. Sometimes that confusion can be exceptionally dangerous, as with homeopathic “remedies” for life-threatening conditions such as asthma. For this reason CFI has petitioned the FDA to start regulating homeopathic products as they do all food and drugs.

Even away from the medicine aisle, one can find racks upon racks of herbal remedies, dietary supplements, and various vitamin concoctions.

The demand for alternative medicines, and the production of them, has led to the senseless slaughter of animals worldwide, including some of the world’s most endangered, whose body parts serve as ingredients. Elephants, rhinoceros, tigers, various shark species, and others have seen their populations decimated, in part due to poaching to feed the international demand for unproven and disproven remedies.