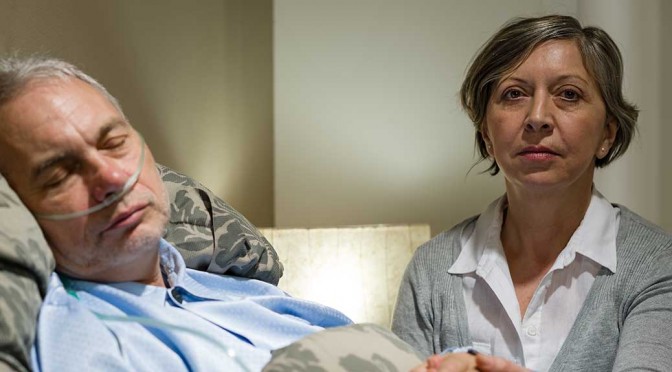 Many people who are terminally ill want the option of hastening their death, so they can spare themselves and their families needless suffering. The Center for Inquiry firmly believes competent patients have a right to determine what happens to their bodies, so CFI supports legislation that authorizes physician-assisted dying. Although three states have now passed laws permitting physician-assisted dying, adamant and well-financed opposition from religious institutions, especially the Catholic Church, has stalled efforts in other states. At the end of a person’s life, no one else’s religious views should bear on how or when they choose to go. Our lives don’t belong to any church, politician, or cultural tradition. Our lives are our own.

There is, perhaps, no more personal a set of decisions an individual can make than those surrounding the end of life. CFI believes that such difficult and personal decisions should be made by patients themselves, in conjunction with their families and medical professionals. Respect for the individual requires respecting that individual’s autonomy. As CFI CEO Ron Lindsay has said, “There can be no more intimate, self-defining decision for a person than the decision whether to continue living.” For that reason, CFI supports state laws legalizing assistance in dying, and will continue to work to see those laws spread throughout the states. The opposition comes chiefly from religious organizations seeking to impose their own faith-based beliefs about God’s will on the whole of society.

In 1994, Oregon became the first state to legalize physicians assisting patients in choosing to die with dignity, by prescribing drugs that would lead to death. In a close election, 51.3% of the state voted to enact the Death With Dignity Act. This was met with a hailstorm of opposition from religious groups and the Bush Administration alike, with an attempt to repeal being rejected by 60% of voters in 1997, and by the Supreme Court’s ruling 6-3 in favor of the law in Gonzales v. Oregon. Between 1994 and 2013, 1,173 Oregonians received prescriptions for life ending drugs under the law, and 752 took the drugs.

As seen below, aid in dying has slowly spread to other states. Most recently, a New Mexican court found that it could not “envision a right more fundamental, more private or more integral to the liberty, safety and happiness of a New Mexican than the right of a competent, terminally ill patient to choose aid in dying.” CFI intends to file an amicus brief in the inevitable appeal of this decision; well-funded and vocal opponents of this right have included the Roman Catholic Church, the Christian Medical and Dental Society, and the multiple Right to Life groups.

The same groups that seek to prevent individuals from receiving assistance in dying from physicians often also seek to prevent individuals from controlling when they can refuse to be kept alive by artificial methods, whether through ventilators or by being fed and given water while in a vegetative state. As part of our commitment to respect for individuals, CFI believes that the wishes of a patient are paramount. Any prior instructions as to care should be respected, and, in absence of such instructions, it should be the next of kin of the patient, not Church groups and politicians who determine when care should be ended.

The level of interference in such cases is shocking. No one will forget the spectacle of Terry Schiavo, kept artificially alive while in a persistent vegetative state despite court rulings that her wishes were to have her feeding tube removed in such a situation, while Operation Rescue founder and anti-abortion extremist Randall Terry sought to prevent the removal of the tube, and Senator Bill Frist claimed to be able to diagnose Ms. Schiavo via videotape despite all genuine medical opinion contradicting him. More recently Marlise Munoz was kept breathing by machines in Texas for two months against the wishes she had expressed to her husband, because she was pregnant when she fell into a coma. The lessons of such situations are clear. CFI recommends individuals planning for such eventualities through Advance Health Care Directives, or “Living Wills.” These are recognized in 48 states, and CFI will fight for the rights of the patient where groups seek to deny such an expression of a patient’s autonomy.