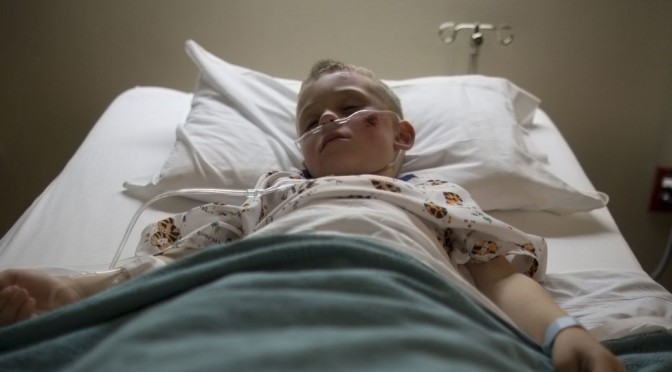 There is perhaps no more dire misuse of religious freedom as a justification in health care issues/debates than in cases of so-called “faith healing,” where genuine medical care is avoided or refused outright, and prayer or other practices based on the supernatural take their place, sometimes entirely.

Though informed and consenting adults should be free to exercise their First Amendment rights to refuse scientifically proven medical treatment in the name of their religious beliefs, they should not be able to deny medical care to their children, who have no choice in the matter, and are clearly not capable of making these enormous medical and theological decisions on their own. No child should suffer or die for the sake of their parents’ religious dogma – yet all too often they do.

Between 1975 to 1995, the most comprehensive study of the issue found at least 172 children died due to faith-based medical neglect. That number has only increased since.

Following a now-repealed Nixon-era law—advocated for by the Christian Science Church—requiring that states create faith-healing exemptions in order to receive certain federal funding, a diverse swarm of laws were passed which, to varying degrees, excuse the withholding of health care from children in the name of the parents’ religious beliefs. Today most of these laws persist, and in many states the neglectful parents of suffering or dead children may escape with no charges at all. Some states even allow a religious defense for crimes against children such as manslaughter, neglect resulting in death, criminal mistreatment, and murder.

In the state of Washington, lawmakers are pushing to revoke a decades-old exemption that allowed Christian Scientists—and only Christian Scientists—to use religion as a defense for withholding medical care from children. Last year, the American Academy of Pediatrics called for the elimination of all such exemptions.

In other states, however—including Idaho, where Followers of Christ has been linked to the deaths of over 100 children—conservative legislators have fought to stop proposed laws which would attempt to protect sick children from faith-healing parents.

Lobbying groups from various religious sects are still working to introduce and expand such protections, including at the federal level. With support from Rep. Aaron Schock (R-Il.) and William Keating (D-Ma.), Christian Scientists and others have been working to gain special treatment under the Affordable Care Act.

The Equitable Access to Care and Health (EACH) Act (H.R.1814) would allow special exemptions for religious believers who wish to refuse to purchase mandated medical coverage for themselves and their children, and instead rely on faith-based rituals. The EACH Act has already passed the House of Representatives—we must not allow it to be approved by the Senate.