Even though AA and other 12 step programs require belief in a higher—and often Christian power—an Ohio court has rejected a man’s challenge to his sentence that required attendance at AA. At the venerable Religion Clause, Howard Friedman notes:

In rejecting the claim, the court noted that Miller only raised the religious claims belatedly.  The court added that, more importantly:

“the record is devoid of any evidence showing that appellant ever attended an AA meeting whose primary purpose was to advance religious beliefs rather than to promote sobriety and recovery from addiction and substance abuse.” 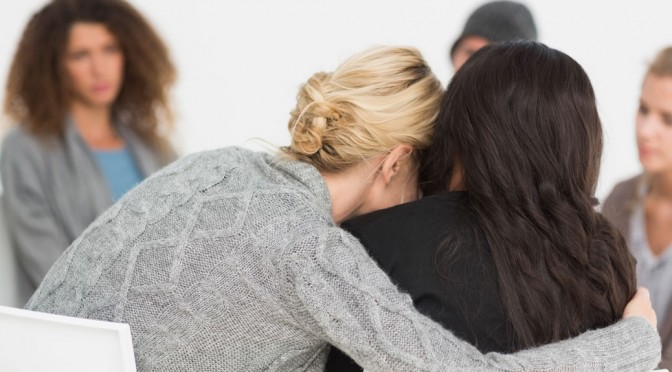 CFI believes that an individual suffering from addiction should be able to select the method of recovery that best suits him or her, and that a range of options and information should be made available to those who seek it. Unfortunately, both voluntary and court-ordered recovery have become dominated by religiously infused methods, and addicts are often given little to no choice but to participate in these sectarian programs, regardless of their individual beliefs.

By far the best known “self help” method of recovery from addiction is the Twelve Step program as popularized by Alcoholics Anonymous and Narcotics Anonymous. Twelve Step groups are local and largely self-governing, and the type of religion and spiritualism promoted varies group to group. However, Twelve Step programs are, at their very core, supernaturally based. The second step requires belief in a “higher power,” and other steps make clear the higher power is considered integral to recovery. The exact effectiveness of such programs is extremely difficult to measure. Everyone is aware of anecdotal evidence of success stories through such programs; however studies show mixed results.

CFI believes that secular, non-spiritual paths to recovery should also be promoted. For example, CFI’s sister organization, the Council for Secular Humanism, has supported and offered Secular Organizations for Sobriety, a network of autonomous, non-professional groups that are dedicated to helping individuals achieve and maintain sobriety without the requirement of belief in a higher power. The program is based on the scientific study of addiction, and the importance of achieving sobriety for each individual, by focusing solely on the character and actions of that individual, not a supernatural being.

In many states, courts have turned to offering convicted individuals the opportunity to participate in addiction recovery programs as opposed to the failed policy of jailing non-violent addicts. While CFI welcomes this emphasis on recovery over punishment, in many areas individuals are required to participate in specific programs—programs which are almost always based on the spiritual Twelve Step model. The state thereby presents people with a dubious choice – participate in a religious, spiritual program that may espouse beliefs they do not share, or be sentenced to jail. CFI strongly believes this violates the First Amendment, and will continue to challenge these programs, seeking to ensure that individuals are presented with alternatives rather than being coerced into religion.

In Florida, the Council for Secular Humanism has challenged a state policy of funding sectarian providers of housing and recovery services to released prisoners. In Council for Secular Humanism v. Crews, we argue that using taxpayer money to house released prisoners in facilities provided by sectarian organizations (Lamb of God Recovery Centers and Prisoners of Christ Ministries), and where the recovery program itself is also a specifically Christian-based one, violates the Florida Constitution, which states that “[n]o revenue of the state or any political subdivision or agency thereof shall ever be taken from the public treasury directly or indirectly in aid of any church, sect, or religious denomination or in aid of any sectarian institution.” After many years of litigation, the case has progressed to the discovery stage. We will shortly be filing a motion for summary judgment in this case. Please check back for updates.